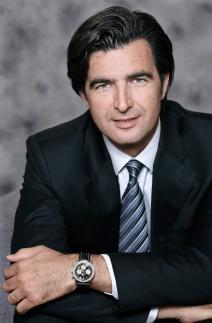 2014, Financial Advisor for the Fund.

A graduate of HEC School of Management, Mr. Eric Chardoillet began his career in 1986 at Credit Lyonnais in Paris, where he launched several financial derivative products, before becoming Head of Financial Engineering, Products and Interest Rate Derivatives.

He later moved to Tokyo to work for Credit Lyonnais (Asia) and then at Dresdner, where he was Head of Equity and Interest Rate Derivatives.
He returned to Paris in 1996 to found First Finance.