As a prelude to the concert held on 28 September 2017 and organised jointly by the City of Turin, the Alliance française and the Villa of Composers, the violinist and viola player Clara Cernat chose to record two pieces for solo viola that are particularly well suited to the generous acoustic of the large Baroque salon at Villa Tesoriera:

These recordings have been added to the Villa of Composers archive. 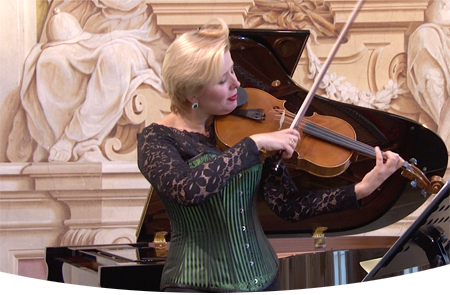